The sound of baby steps

Igjen gyv eg laus på nyttårsforsettet mitt om å skrive om dei eg er glad i, og idag har eg valgt et lite familie-lykketroll som alltid får meg i godt humør. Teksten er på engelsk, så beklager om det er nokon som ikkje får lest det!
The clock is somewhere between the afternoon and evening, and I`m writing this with little energy available, since I woke far too early today, and spent 1 hour just regretting things. I think I fell into some kind of sleep, after a while, but it didn`t give me rest. I`ve had a head-ache the whole day, and even coffee can`t do the trick; But I`ve come through it without any melt-downs, and think I did a fairly okay job with my clients.

The person I want to tell you about was born when I was 14 years old. At that time I really enjoyed myself; I still went to my scout group where I had some really good friends, loved my life and ventured into anything I wanted and thought would be exciting. I wasn’t afraid; I rather risk something than walk away from it, because I knew that the pleasure from something good was worth fighting for. 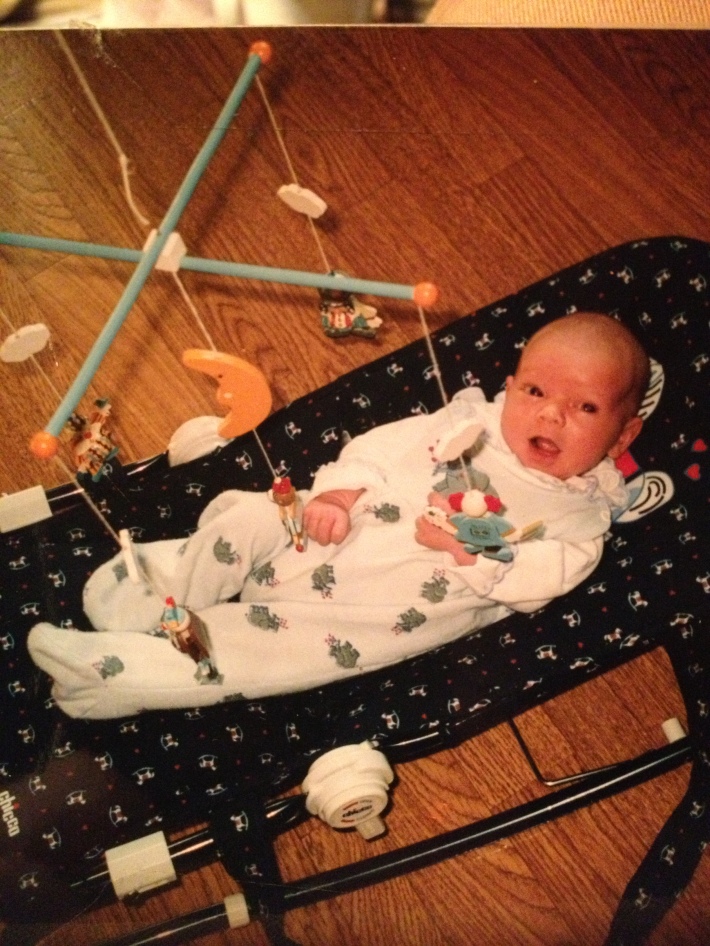 About 9 months before May 1999, my mother was picking me up from my friend Torunn. She acted a bit strange and nervously told me we could go shopping Adidas clothes, which at that time, were my favourite mark. I was a bit surprised, but loved going to the stores, so didn`t think more about it. We bought some clothes and I was all glowing satisfaction. When we came inside the car, my mother said there was something she wanted to tell me. She was pregnant, and wondered what I thought about it? I replied (this I know, because my mother has told me about it several times) that it was fine for me: When the baby was little, I would enjoy it very much, and when it became older and more annoying, I wouldn’t live at home, anyway. Little did I know, that this tiny little creature would mean so much to me in the years that followed.
I have a picture from the time right after he was born (may 3th) where I sit with my head on my father`s shoulders. The reason was that I was so touched when I saw him, so innocent and fragile, laying in my mother`s arm. There is nothing more moving than the total trust of a new baby.  I could see his pulse on his soft head, reminding me how vulnerable they are. I was so afraid of losing him when I held his tiny limbs, that I almost didn`t dear to. I remember the first months after his birth, how I could sit there with him in my arms, justlooking and looking, never becoming tired of it. When he came into my arms, he often calmed down, and I knew I saw him like a baby should be seen. 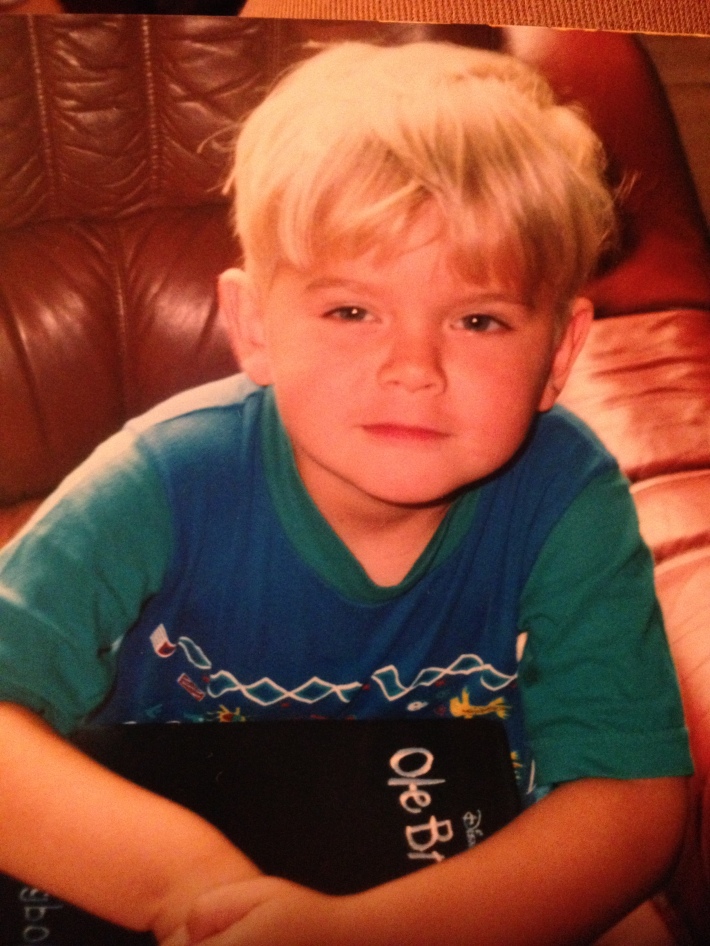 When he was upset, I could also feel the same uneasiness in the pit of my stomach, but it was important for me to control it so that he also felt more comfortable. My mother recently told me about a time when I and my friend watched him, and he swallowed something bad. I was so worried, but kept soothing him so that he wouldn`t be afraid. The bond created couldn`t be severed, and it’s still there, for us both. One of the most touching moments in my life was a night I was staying at our old house, when my brother was about 10-11 years old. I used a room that didn’t have a door-handle that worked, so if it fell down it was hard for me to get out. I wasn’t too concerned, but somebody else was; Suddenly I heard footsteps outside the door and strange sounds from behind the door. When my brother  opened it, I asked why he came to my room. He said he was so worried that I would be locked inside, that he just had to check if I was okay. This wonderful little man, so considerate and able to care for other people. It went straight to my heart where it has stayed since. 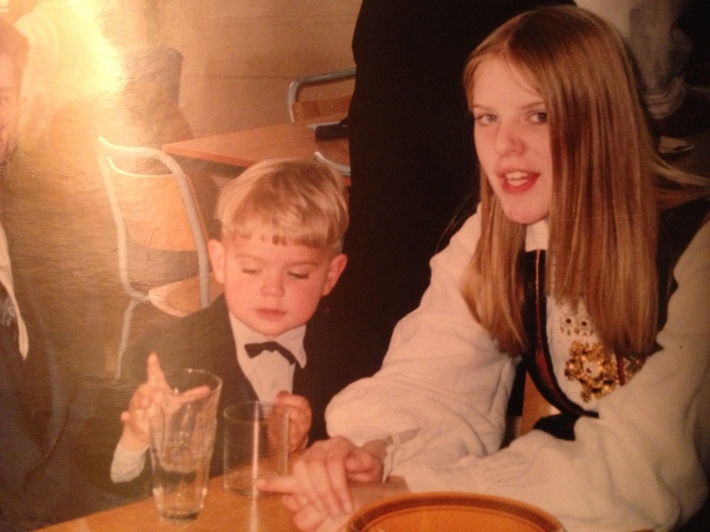 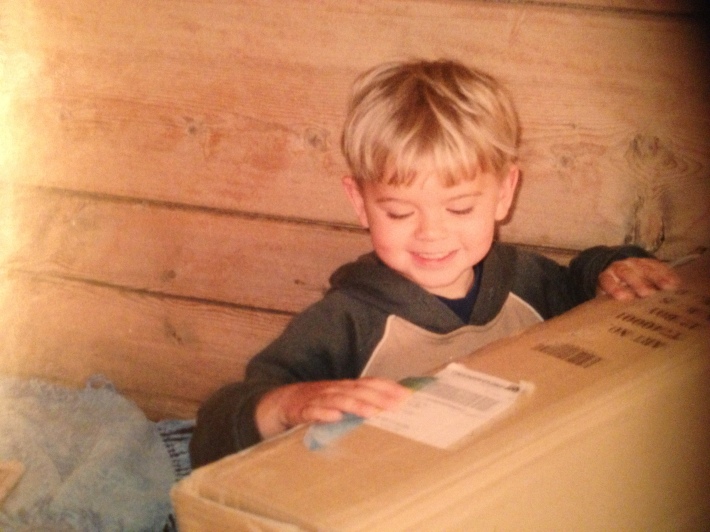 How can one human being mean so much for another, that you are willing to work with your own feelings to an extent that seems impossible when you`re on your own? Stories of mothers being strong for their kids, even when they have a lot of problems of their own, never fail to move me. I see it in my work every day; People so used to giving that they have sacrificed their own goals, happiness and calm for somebody they love. Love can do so much, and it’s the most wonderful thing in the world when it blooms freely. There can`t be too much of it, learning to help people even if you need care yourself, gives so much in return (normally, if you`re with people capable of loving someone back). Never stop giving, but also notice when it just drains you. Physics tells us that energy can`t be created or disappear, but we know we all know how it can fluctuate. You can`t give for ever, if you don’t get YOUR needs covered in some way. For example: It`s necessary to focus your own oxygen-mask before you help the children. Generally, we think clearer, are more able to handle difficult situations and more able to give love, when we have our basics covered. I am really thankful for my siblings and parents for giving me so many good memories and chances to grow. 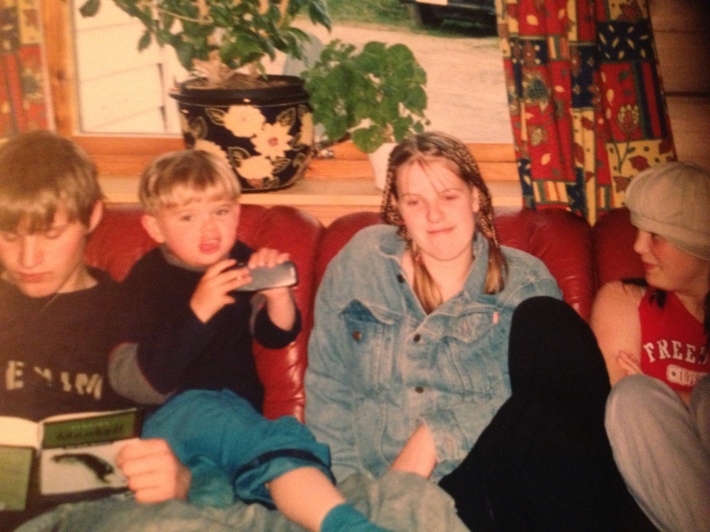 I started this post with telling you all about how much I care for my brother,  The love I had for him, made me fight for the life I wanted, because I couldn`t disappoint him, which I would if I didn’t take care of myself. Today I am working with what I love the most, and I still enjoy spending time with him. This Thursday he slept over at my place, and I took some time off work Friday, so we could do nice things together. We went to the city, to the swimming pool, cooked food and watched Norwegian Idol together. The next day we also did some scrapbooking, and I drove him to the bus-stop and waited for the bus to arrive, before I left, so that he didn’t need to be nervous about it not coming. It was really good to spend time with him, and see for myself how clever and good he has become.
I hope he will always feel safe, and that I`ll always be there when for some reason, he isn’t.

stoneronarollercoaster.wordpress.com/
A Dad trying to cope with the loss of his Partner and becoming a single parent.