This entry was posted in history, me, psychology and tagged history, love, personal, psychotherapy, relationships.

The sound of broken glass

The sound of broken glass

That feeling, everyone writes on twitter and instagram. It`s one word describing the essence of the unspeakable, the undescribed feelings and moods that live in their own right, without any nametags pulling them down. I got one of them right now. The clock is 07.01 in the morning, and I have been awake for a hour. I streched and curled a bit before I counted to three and flung myself out in the cold winter air. I was more tired that usual, but knew that would be history one proper breakfast later. I went upstairs, now with some semblence of clothes wrapping me, and opened the door. My little Amadeus didn`t come home yesterday, so I crossed my fingers and hoped he would start mewing in annoyance and happiness both. He wasn`t there

I left the door half-open and the lights on, even the blanket and food I put out yesterday, stayed where it was. Disappointed I turned my attention to other tasks, like putting the kettle on and checking my phone for messages. The kettle was easy enough, and usually the checking-part is too, but apparently not when tiredness still hasn`t said vaporized. I have gone through that moment several times in my mind already, so it should be pretty clear as I describe it: I lift my lovely white Iphone, so new and innocent, and am just about to grab it properly, when something goes wrong. It starts sliding out of my hand and I follow its path down to the floor while thinking «oh no» simultanusly as I try to catch it mid-air. My normal table-tennis reflexes were turned off by mr. tiredness, so I could just watch with horror as it slowly fell and fell, until it fell no more but just lied there, still. I secretly crossed my mental fingers one more time as I reached down to check for damage, hoping that like before, it did not break when it touched the floor. I had a bad feeling though, and was rewarded with my guts being right one more time: Small cracks over half its face, scarred forever.

Thats when I got «that feeling», that you only get when something valuable breaks. The intensity of it, was modulated by my fix-it thoughts, but it still lingered inside of me. Its not the first time something in my closest vicinity breaks, and even if I normally handle it with: «Well, life goes on», those episodes keep piling up, building an prison over my feeling of happiness. I know: «Dont cry over spilt milk» and I don`t, but its allowed to have this feeling, just for a little bit, before you let go and focus on what still’s there.

This entry was posted in me, psychology and tagged bad luck, life, Technology.

The sound of letting go

People are afraid of it all. Tiny little creatures crawling on the floor, rooms where space is limited, certain thoughts and triggers evoking them, and not least: Humans. How they smile while holding a dagger behind their back, how you curl yourself up for protections from their harsh words, and how you think about jumping over the edge both in happiness and sorrow.

Pain has always been an anguish for me. When I felt it, I felt it intensely , no matter if it was physical or psychological. I tried all the strategies that I had then, to strangle it:  Soothing, thinking, hiding, words that promised another and better life, mechanisms of short-term survival that did their job there and then. It worked, until new Pain knocked on my door.

New days always bring with it something else, whether its pain or joy. Its full of unknown events that always surprise you, its full of twists that`s impossible to predict, and it`s also full of strong emotions, also good ones. They are the champions presenting another reason to free your nerves from their cages, so that they can touch every aspect of it with its tiny, fast fingers.

Today also hide secrets, known only to the special few: The knowledge collected from your personal narrative. Some of the best and the worst, and lot of in-betweens. It’s the kiss you had from that special one, making you dizzy and happy to be alive, it’s the first time you stumbled, but got picked up again by a stranger, gentle and caring. It’s the tears brimming  over from disappointment and loss, but thanking you for their release. This pendulum swings back and forth, like a lot of things in life. Its homeostasis, not of temperature or drug-tolerance, but of feelings. It’s the principle of balance that keeps tugging us back in a new direction, never static. Almost like the universe itself. Sometimes the pulling is stronger, and the movement leads to others moving, too. It’s the boomerang coming back, with something new on its surface from where it travelled. The air we breath in is never the same as before, it changes but does it job perfectly, all the same. We humans are even more magnificent. After change, we mostly learn and are even better adapted for emotions yet to arrive. Because they will resurface and try to pull you under water, make you cry for help and struggle with panic. But remember: You won`t drown if you remember to swim the right way, and be calm while you do it. 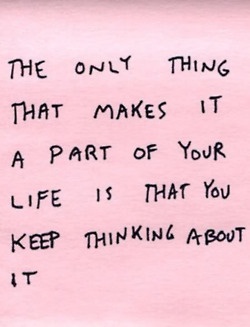 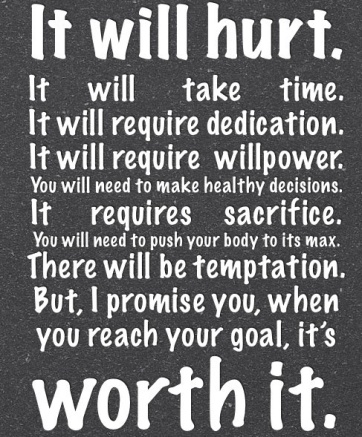 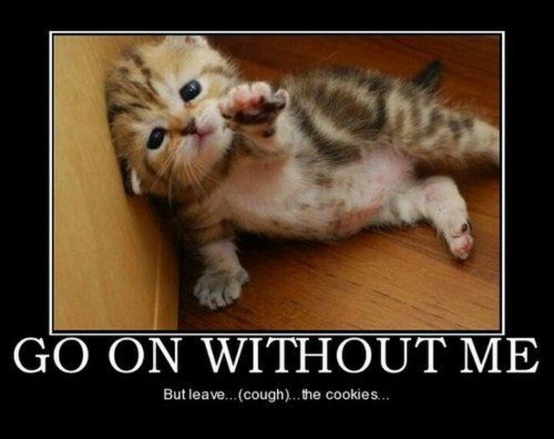 Protected: The sound of the storm

Integration: when it fails

An addition to my post integration. Case studies that shows extreme variants of dissossications. Many tough scenes, so just watch this if you feel able to.

This entry was posted in psychology.

The overhead projector is making its electric sound from above my head, spitting out black letters on a white board. The theme is affect integration in psychotherapy, the Ph.D. Project of my colleague, Nils. He’s moving to Oslo very soon, leaving us others behind in the small place where I now have worked for two years. It’s Tuesday morning, and we always have some presentation then. Last Tuesday I was in the spotlight, talking about trauma and the treatment of it.

Psychology, like other sciences, have a lot of jargon that sometimes need explaining. On of these expression is what I will write about now, which also is what Nils I talking about. Integration. It’s really not an especially pretty word, it gives associations to the sounds produced when you drag some item over a blackboard. It’s not like the pretty Italian words, rolling around in the mouth and room like it belongs there, caressing the target. But it’s not always the pretty things that matter the most, sometimes the glitter and glamour is just that, with no depth or meaning. Integration is so much more than that, when you scratch the surface its real beauty comes alive.

Two threads are not necessarily pretty themselves. One white, and one black on are just that, naked in their aloneness, longing for a partner. It’s first when they get twined together, the whiteness surrounding the dark places, that it comes alive. Think about the yin and yang. What would it be if not the other color stood by it? What would the magic scene of schindlers list, where the redness screams for attention in an otherwise colorless movie, be without the grayness? This is, as I see it, an example of integration, where the whole is more and better than its parts. It’s like making good food, the ingredient in themselves doesn’t make the mouth water, it’s the combination that gives extra flavor and meaning.

With a lot of real life problems, this also applies. It’s the people comfortable in their own skin, accepting their natural tendencies and integrating it with society, that feel complete. If a puzzle is not put together in the way it’s meant, the result won’t be right. Fitting the wrong piece into the puzzle, doesn’t work. For a human this could be inhibiting natural tendencies like joy and sadness, because the integration of preferences and logic, doesn’t combine. It’s like trying to shape someone into what you want them to be, but no matter what, the picture will not be anything else than what it was supposed to be. If forced long enough, the person will try to keep the picture together, using superglue on those pieces that doesn’t slide together naturally. It’s some integration, but not the one meant to be.

In my work I see this every day: People want to feel joy, but shame stops it from surfacing, boys want to laugh and talk, but the thoughts of somebody disliking them, abort the tendency of fun in its first trimester. It’s even more noticeable after trauma, when a lot of different roles develop that make them follow a script, often without vigor or satisfaction. It’s memories kept away, true selves locked in closed boxes and lives never lived. It always pains me to watch this in reality: The wonderful woman, who carries Everyone else’s weight in addition to her own, the man in a destructive relationship who thinks he doesn’t have the right to be happy, or the child quenching her own happiness because she doesn’t dare to laugh in a house full of gloom. The feelings, needs and tendencies, doesn’t fit into the picture someone’s trying to make, and therefore they are hidden, forgotten or forced into the wrong part, since it has to go somewhere. This is the point when the integrated system break down, where fast solutions have to be executed to compensate for the losses and keeping the organism functioning in some way. It’s when the flower shreds some petals to keep from being blown over by harsh weather, and like the bee delivering the deadly sting to protect its queen. Who of us hasn’t experienced being defensive, destruction the very same things we really longed for?

Hopefully it’s never too late. Even when a completed picture has scratches and left-overs from glue for the sake of getting everything right for the second time, the picture can still be pretty and important. Isn’t it a fact that it’s the worn and torn pics on a scrapbook page we fall for. The old photos that tell a history of a life lived? I believe in integration. In putting pieces where they belong, even when they weren’t right the first time. I think that each time we let somebody just be, whoever they are, we are helping them patch up the wrongs, and even adding the little extra that self-confident people spread without knowing it. We are all small saviors, plucking harmony and tolerance and watering others with it. 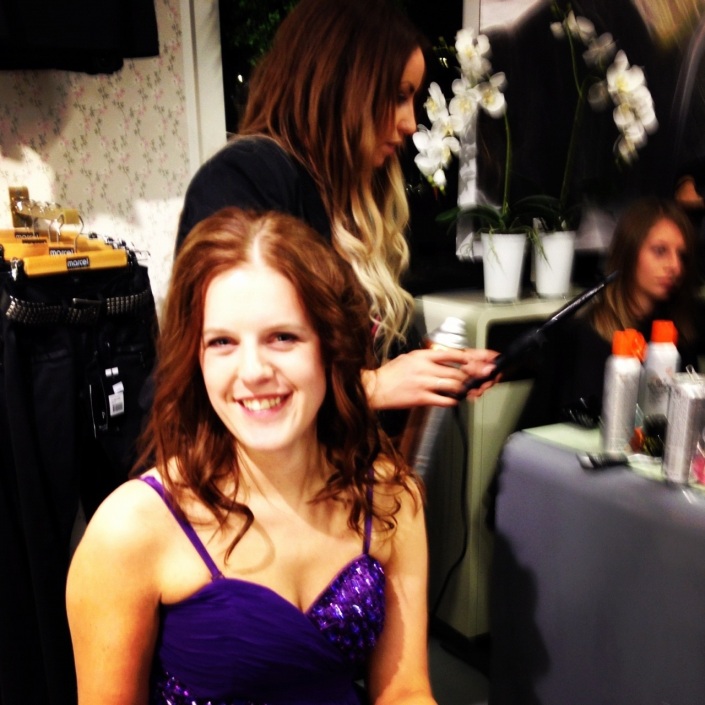