The sound of silent islands

I have been on islands. To be more specific, I have travelled to Scotland and isle of coll. This is a calm and relaxed island. We stayed in a little cottage, and met some really friendly isle-dwellers. Everyone said hi no matter if they didn’t know us. They loved to chat, about everything from the weather to the fact that Scotland is still not an independent country. They smiled and looked like they had all the time in the world. Not something you see in cities around the world. I also went cycling through a flat and beautiful landscape. I could also read as much as I wanted, and wasn’t disturbed by the constant internet frenzy that normally haunt every second of my life. It was a pleasant bubble where I slept and felt well. In other words, I do recommend this little island if you need a break.

I have included some pictures. Hope you enjoy them

The sound of two years passing

It has already been two years! 378 posts, 55 drafts and 2 scheduled. It has been a great journey, and it still is!
A big thank you to all my readers. I hope you´ve found something of interest here. If something is missing, or need to get better, I would be delighted to hear your thoughts!
Happy Anniversary!

You registered on WordPress.com 2 years ago!

Thanks for flying with us. Keep up the good blogging!

This entry was posted in me, psychology, today and tagged 2014, DPChallenge, mental health, writing.

The sound of shame

Norway’s parliament is expected to pass an anti-begging law on Friday.

Proposed by the right-wing Centre party, the bill is said to be aimed at addressing the capital city of Oslo’s pickpocketing problem. According to Agence France-Presse, Oslo’s pickpocket rates are reportedly as high as Berlin’s, while the capital has one-seventh of the population of the German city.

Under the proposed ban, those caught begging on the street would face fines and up to three months in prison.

If the law passes, it will take effect in 2015 nationwide. Local municipalities will be allowed to ban begging as early as this summer.

Some say this ban specifically targets Romanian immigrants, who make up a majority of Oslo’s beggars. Out of the 194 beggars the justice ministry identified in Oslo in 2012, 187 were Romanian citizens, per AFP.

Himanshu Gulati, state secretary at the justice ministry and a member of the populist Progress party, told The Financial Times that begging is often linked to criminal activity and said this type of legislation could help improve crime rates.

“In the past few years we have seen an increase in beggars in many cities and towns in Norway and we have a deep concern for the association between the flow of beggars from outside Norway and organized criminality,” Gulati said.

Critics of the measure say it could cause more problems than it solves. “If they can no longer (beg), they will be obliged to turn even more to crime,” Arild Knutsen, head of a national drug addicts association, told Norwegian television, per Agence France-Presse.

Others think the proposed legislation is downright oppressive.

“I find it remarkable that the Centre Party is ensuring the government’s majority for a municipal ban,” the Christian Democrat’s Kjell Ingolf Ropstad told Norwegian media outlet NRK, per The Local. “Poor people in Norway and Europe are asking other people for help as a last resort. It is very strange that we are now making this illegal.”

A similar anti-begging ban was overturned back in 2005

The sound of pride


Pride is one of the sins In the bible, and in that case I'm a sinner. After four hectic weeks, that have gone pretty good considering I've travelled every week, I'm looking back and feel proud. The literal flying I've done is accompanied with mental flying, and it feels good. This week I'm going to Edinburg for the last course in the marathon, and I can't wait! The emdr conference is actually the cherry on the cake, and I also look forward to it because I'll have some time to look at the city as well! I'm also meeting E., and am so excited, since we never have met in real life.

There is so much more I could write, but this must do for now. I've included some pictures that show what I'm proud of. Next time I'll jump into my plane with a good conscience. 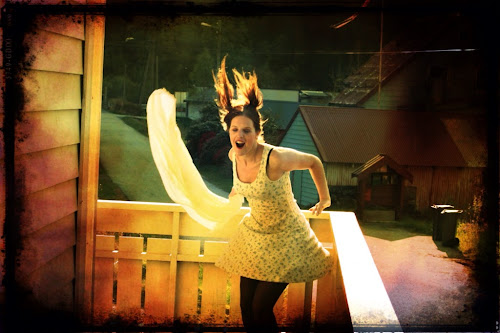 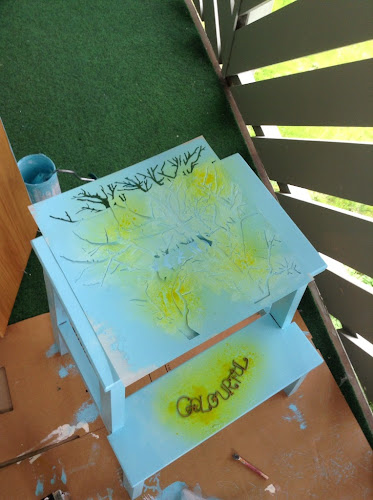 Tulips. Red heads, hanging as if dragged down by tiny chunks of lead. Sometimes slim petals drift away, landing in front of feet. Looking down, you see them.
Looking up, you see the drooping heads. They’ve witnessed so many, shuffling back and forth.

A girl comes next. Blue eyes, blond, braided hair. One step before the next, breathing in and out. She is holding her hand closed, clasping a object tightly.

How shall we judge others crossing our path?

The girl was never one to judge, but one day she did. Spikes of laughter drizzling over him, as he didn’t get it right. He ripped out his heart, but the petals kept raining, burying it forever.

The tulips are red. They watch the world from above, easy when their heads dip low.
They can easily judge, but that is not the way of flowers.

The girl can’t walk anymore. Every step is echoed on the marble
floor. Darkness around her, with a porch-light as her spot-light. She is tired, and so is the world that she carries in her hand. She puts it one a red petal and leaves it there for someone else 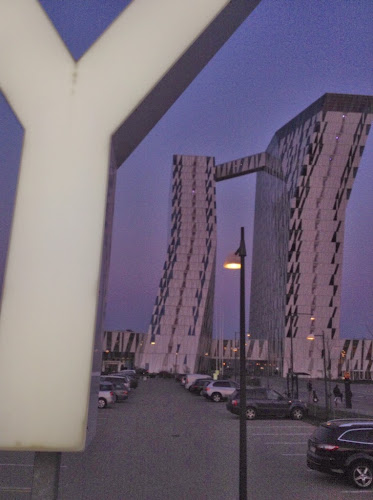 This time I had a lot of time to explore the city and I finally feel like I've gotten to know it properly. I have rented a bike twice and have cycled for hours, stopping occasionally to take pictures but mostly enjoying the views. I left 10.30 today and this is the first time I sit down with a cup of tea. I used the opportunity to make a interview with a man from Switzerland and will post it on the other blog later. After a toilet break I will continue back to the hotel, and try to take some new routes while I do it. I hope you enjoy the pictures from yesterday, most of them are from the hotel or in the immidate area.

Have a nice Sunday everyone ! 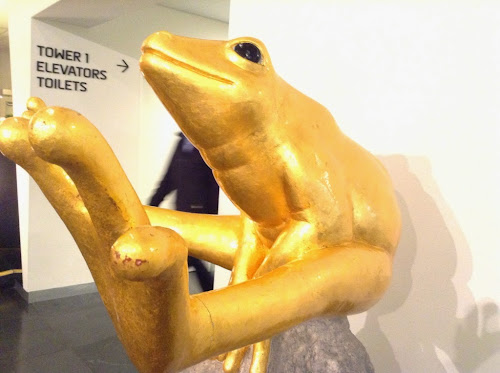 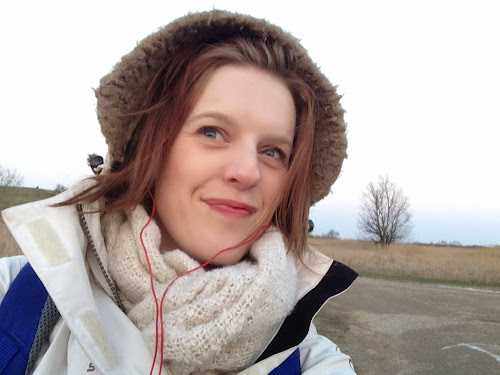 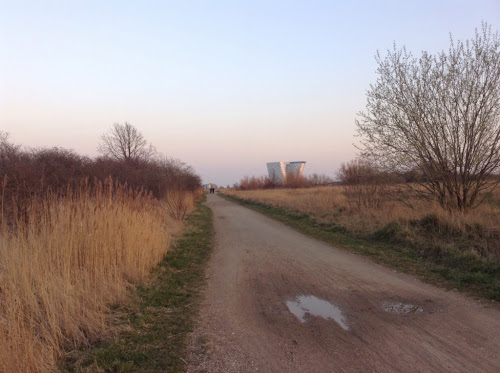 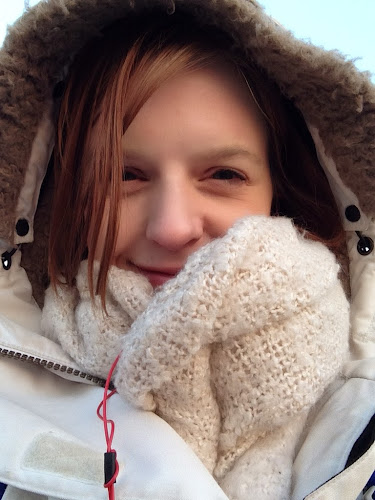 This entry was posted in inspiration, me, psychology, today and tagged 2014.

At the moment I`m trying to buy an apartment, and naturaly have many butterflies fluttering around whenever I think about it. Luckily, I have my weapon of choice at hand: My audiobooks. You see, reading is the best antidote for frantic nerve-cells. Today, I finished “the examined life” and absolutely loved it (a brilliant therapist writing about his patients), and like expected it brought some relief from the pre-house excitement. It will come back, surely, but I`m fine with that. We all need a rollercost ride every now and then, don`t we? 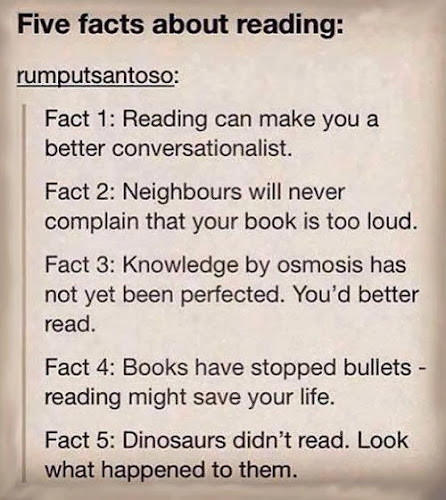 I am now moving my blog, but fortunately you will just be redirected to my new host. Remember to follow me there,

to still get the posts.
Cheers, Nina

This entry was posted in inspiration, me, psychology and tagged 2013, 2014, Friendships, goodbyes, mental health, new beginnings.