In a new BBC documentary Cricketer, Andrew Flintoff MBE will seek to understand the causes and impact of bulimia on his life, and why eating disorders in general are so hidden in men.He will meet experts and male sufferers and aim to return home with a new understanding of what it means to be a man with an eating disorder. Freddie is the cricket all-rounder who became one of Britain’s best-loved sporting heroes before forging an equally successful career on screen, most notably as a presenter of Top Gear. But Freddie hasn’t always coped well with the demands of life in the public eye.

As a new recruit to the England side in 2001, under constant scrutiny from fans, the press and his colleagues, Flintoff felt pressure to keep his weight down. It was an obsession that soon evolved into full-blown bulimia as he tried to keep up with his slimmer, fitter teammates. What started as a quick fix solution soon spiralled into something he battled with through his entire career and which he hasn’t fully dealt with to this day.

Up to one in four people living with bulimia are men. Their numbers have more than doubled in the last decade – but it is estimated that only 10% seek professional help for this devastating illness.

Freddie says: “If this resonates with one person watching, or through this we can show someone that there is help out there, then this is worth doing.”

Charlotte Moore, Director of BBC Content, says: “I would like to thank Freddie for opening up about his struggle with bulimia in this very personal film for BBC One. I hope this film will raise awareness about a subject that is all too often a taboo and make a difference to the way men talk about mental health.”

The documentary is part of the BBC’s ongoing commitment to mental health.

Mental health problems aren’t all in the brain

This is a reblog from a guardian article about mental health.You find the original by following this link.

An open letter to the BBC written by a group of psychologists and other mental health professionals has attracted more than 1,000 signatures. The letter outlines concerns regarding the recent In the Mind season of programmes exploring mental health issues and, in particular, the almost total lack of any social perspective on mental health in the programmes. The psychologist, Richard Bentall also wrote about this in an excellent piece in the Guardian last week.

Mental illness is a result of misery, yet still we stigmatise it

I share these concerns, though not because I believe that mental health problems have no biological basis, nor because I think environmental factors invariably play a role in mental ill health; I simply wouldn’t know. But because I do know from listening to the stories of dozens of fellow service users, that adverse life experience such as physical and sexual abuse, racism, bullying and neglect is depressingly common on a psychiatric ward, and understood by a great many patients to have played at least a significant role in the development of their problems. Moreover, it is striking how often problems with housing, for example, or the stress of being assessed for benefits (which are, ironically enough, supposed to support the most vulnerable) are understood by patients to be the trigger for a relapse.

In this context, it seems to me that the decision of the BBC to portray mental health problems simply as brain disorders is a highly troubling one. While some people do undoubtedly interpret their mental health in this way, there are many who do not, many indeed who would resist the attachment of any diagnostic label, who see their mental health difficulties as a natural, rational response to adverse experience. In failing to represent their perspective, the BBC has not only presented an extremely one-sided picture, it has broadcast a message to such individuals, and to society generally, that their experience doesn’t matter.

Of course, it would be rather convenient if it didn’t. It would be especially convenient for David Cameron. It would mean that when he talks about our need to “focus on mental health”, at the same time as bringing in benefit changes that have been found to have led to the suicide of at least one person and beenimplicated in the deaths of dozens of others, we might almost be able to take him seriously. It would mean that we wouldn’t have to worry about creating a more equal society. Mental health problems are repeatedly shown to be most prevalent in countries with the highest levels of financial and social inequality. What a relief to realise it doesn’t matter! 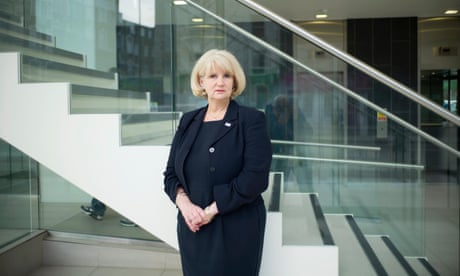 A purely biological view of mental ill health locates the problem firmly within the head of the individual, and as a society this is dangerous because it absolves us of the responsibility, the need, to examine ourselves. Imagine a lung cancer specialist who refuses to talk about the link between smoking and lung cancer. I’m sure the comparison is simplistic but I don’t believe it’s entirely inaccurate either. There is copious evidence to suggest that adverse events, especially in childhood, increase the likelihood of developing all sorts of mental health problems. Which is not to say that biology doesn’t play a part as well. But as a society there’s little we can do to tackle the causes of mental ill health on a biological level. Whereas, with adequate will and commitment, there is absolutely masses that could be done to create a mentally healthier environment for children and adults alike.

This is why mental health must be seen as an urgent political and social issue, as well as a biological and psychological one. And it’s not just a question of responding to the needs of people with mental health problems, though this is of course important, but of being prepared, as a society, to consider what we might do to reduce people’s risk of developing them in the first place. I’d like to see a programme on that.

The sound of shocking news

Yesterday I showed a video-interview that I found on an excellent blog I really like to visit when I need information about personality disorders  (“Dating a psychopath“) . It was about a famous man in UK (Jimmy Savile), who had many of the traits of a charismatic psychopath.

The following video is footage collected after his death, when the truth came out about him. He had fooled the public for decades. Masked with charisma. Which was, only a mask. He was not only a charismatic sociopath. He was also a paedophile.

Exposure – The Other Side of Jimmy Saville… by couchtripper

Exposure – The Other Side of Jimmy Saville… by couchtripper

This entry was posted in personality disorders, Psychopathy, Stories you never forget, the world around us and tagged BBC, mental health, Personality, psychology, relationships, united kingdom.

A Dad trying to cope with the loss of his Partner and becoming a single parent.