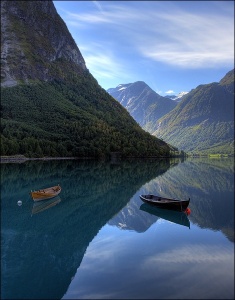 in Norway we are on 2 place when it comes to overall happiness. So why don`t we do more for others?

When you think about the world today, its easy to get overwhelmed. We see news every day, where the current themes are war, unemployment, hunger, extreme weather and people dying of different diseases. I am lucky, and live in one of the wealthiest countries on earth, just because we were lucky and had a lot of oil that we could sell to the rest of the world. We have also saved a lot of the money, so that it grows fat and can protect us in the future. We have it all. I remember a friend in United Kingdom (a wonderful man who doesn`t realize it himself) shaking his head because we actually GET paid for studying, and we can study for 8 years without having a severe effect on our economics. He worked from

early morning to late in the evening, and he was lucky, because it is so hard to actually find a job in London. Here this would lead to outrage and news in the papers (in the local news, it was actually top news that one doctor had worked for several years without a proper summer holiday). We are also a country that contributes a lot to the welfare of other countries and we often give of our own money when it comes to a good cause, but more than that, we don`t do. Of course its easy to feel a bit miserable and overwhelmed when you live in luxury while you know that so many people don`t. When we throw away food, because it is a bit too old, while somebody could kill another man for just one bite, our view on ourselves as good human beings, falter. Therefore, we have to construe a reason for not doing more, and here, I think, is where our brains help us.

Heard of cognitive dissonance before? If not, please read this before continuing:Cognitive Dissonance & Self-Justification (htycm.wordpress.com).The basics are: If we do something that don`t fit our view of ourselves, we find an explanation for not doing the “good” thing. For example, if we know smoking is bad for us, but still not quit, it must be because “we know a lot of people who haven`t died from smoking”. That is one of the reasons they include a phone number on cigarettes, so people feel they actually can DO something with the problem, since research show, that when we have the chance to do good, we often do so. Especially if we see others “do the right thing”. Maybe that`s why exercising together with friends, or quitting smoking together with your partner, might be extra motivating. We are often more concerned by what others think about our will to commit, then we are if we break our own mental “standards”.

So, what is the reason that I write about this at all? If we so easily give up, why bother at all? That might be a conclusion, an actually an example of cognitive dissonance. Because something seem too hard, doesn’t mean it’s impossible to change it. We see the effect of one person gathering people who care all the time (but maybe don`t hear to much of it in the news) and if more people started to actually believe in themselves and at least try to do something, I don’t think this necessarily would take a lot of time. Think about how popular earth hour has become. For 1-2 hours the whole world turn of their light, and this small and easy effort done by everyone, helps the environment so much. What if all persons were supposed to at least ONE time during the year, not take the car for work, but a bus/cycle or walk instead, would not everyone want to give? In the oil crisis in -73 people started to talk together so that they had to share cars, thereby decreasing traffic, and even getting more social as an extra bonus (main complaint from a lot of patients I see: They feel lonely and unconnected to th

e world). A lot of people know how influenced our climate gets by pollution, but since we do nothing to change it ourselves, cognitive dissonance sets in (our contribution is just a drop in the sea, anyway). But all these small drops can have an enormous effect! A lot of hotels these days, have some kind of information about saving energy and water; by installing environmental friendly equipment for the shower or putting up a request for guest to use their towel twice, to save water.

As soon as we start thinking about making a donation, we start thinking of reasons not to do it. Money’s too tight at home. The person to whom we’ll give it will spend it unwisely. The buck in the envelope is just a drop in the bucket. Oh, Lord, the problem’s so big and my wallet is so small. The modern reflex seems to be that the worst thing we can do for a problem is to “throw money at it,” even though very few problems ever get solved for free.In fact, as much as we inveigh against it biblically, or deplore the heedless pursuit of it, money is one of the few things that truly unites us. Our common currency is, well, common currency in almost all our essential interactions, including our most beneficent ones. Warren Buffett, eBay founding president Jeff Skoll, and the Google people seemed to realize this over the past couple of years. By giving away their money, they cement together some vital elements of our commonwealth.

Smaller transactions have the same effect. Over this past holiday season, a management group in Rhode Island gave its employees money on the express condition that the employees then give it away to someone else in need. The company then asked their employees to share the stories of their charity at a company meeting. Thus does the act of giving away money form a kind of oral history, from giver to recipient and then to the people to whom the story is told. There is a spark of the collective consciousness in that, which hearten not only those people involved in the transaction but those who hear the story and pass it along. There is something like art there.When giving away your money, it helps to think of it as more than bits of paper and scraps of metal. That’s not a $20 bill you’re slipping into the envelope there. It’s a bagful of flour. It’s soup or a blanket or a bottle of medicine. That handful of quarters is a handful of rice. You can even make this art out of raw self-interest. Giving away money can be the most selfish thing you do. With a father and four of his siblings dead from the same disease, I can look at the check I send to the Alzheimer’s Association and see something that is every bit as therapeutic as any new therapy that money may help create. I see new drug trials, and respite care, and a light against enveloping darkness.There is nothing more visceral than cynicism, nothing more brutish than greed. These are reflexes, common and unremarkable, of the undeveloped spirit. But charity in its finest sense is always an act of the creative imagination.So who knows, maybe we will save the world after all.
Source:
Sweet Charity: The Benefits of Giving Back
By Charles P. Pierce
Read more: Benefits of giving
RELATED ARTICLES

The lies we tell ourselves (fatcatistification.wordpress.com)

Would you be willing to do one small kind thing for a stranger, each week?
YesNoMaybeOnce a monthIf others didWant to, but will probably forgetI would want to do MORE than one thing!
Other:
VoteView ResultsPolldaddy.com

stoneronarollercoaster.wordpress.com/
A Dad trying to cope with the loss of his Partner and becoming a single parent.