The sound of Finished work

Earlier I always got a certain kind of feeling after an exam ended. I`d spent so many days reading, trying to grasp what everything meant, and then the day came, where the results of the work would be visible. In University you also got grades, and you knew youcompeted against all the others students in the room. Its hard to tell exactly how many times I`d hear that they must get an A, or at least a B, and how many people I´d seen around me in the reading halls, some of them sitting there with their books until evening knocked on the door. The last day before my exam I stayed at home, reading from when I got up, until I went to bed, no matter what else was going on around me. In Norway we have our national celebration at the 17th of May, and I think two celebrations was used for studying, since my exam was the day after. I remember taking a small trip out, in my baggy clothes, and feeling a bit unreal, since everyone else was in their finest clothes, while I just allowed myself some carefully chosen minutes outside before guilt brought me in again, to even more underlining of words, one more sentence, and one more detail that I just had to remember. 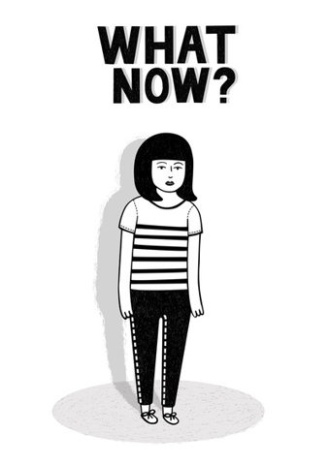 I`m bringing this up, because right now I´m feeling a bit like I did then. After all the reading and studying was finally over, I felt a mixture of relief and being a bit empty. I didn`t have to do anything that day, I could go home, visit somebody or even watch a movie, during DAYTIME! It felt good, but also a little wrong.

The last year has been special for me. Its been so many new experiences, meeting a lot of really nice people, but also saying goodbye to somebody I´d rather keep by my side. I`d been so busy, always a new plan that I had to follow through, always a new place I had to go, always chasing. And now I sit here with this funny, little feeling. Who did I do all this work for? What was the result? Would I have done it again? I´m not sure.

When I was younger, maybe 8-9, I did things for their own sake. I started to write little stories, and even started on a book, based on an idea I suddenly got. I´ve actually finished one of my “books”, and me and my best friend tried to make a movie out of it (my initiative, I could be quite dire 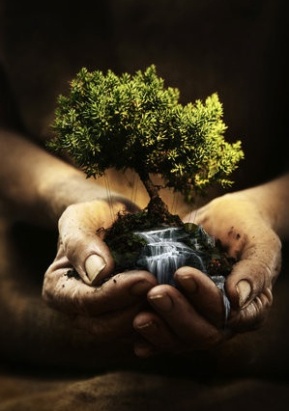 ct with what I wanted to do). I loved the process; Writing, thinking, blowing life to my characters, and I did it automatically. I also rememberber my mother buying a box of books, and I lived in them. I still remember how I could cry at the end of a book, because now I didn`t have the chance to see how it all went. I had to close the book and let them live on.

Through my life I`ve always had small projects or Ideas that I tried to blow alive. It could be to make a small “club”, were we had to write “articles” for the membership paper (we were three members), it could be

a game I invented and everybody had to learn it, or it could be making up a song while my brother followed me on his guitar.

The last year I started a facebook group called “Aktiviteter i Førde”. I did it on a whim, like I´ve done with most projects in my life. Since I`ve started working as a psychologist, I`dnotice how many of the patients said the same thing: I`m lonely, and there is no chance to meet new peop
le. Even people living in Førde for a while, said they rather go away in the weekends than stay in the city, because “nothing happened anyway”. One morning I woke up with this th

ought in my head, and I simply had to do it.

This weekend was kind of my goodbye to that project. I did accomplish some of what I hoped initially, and I`ve gotten so much feedback on the value of it (“We need people like you, who wants to change things” “That`s pretty cool”, and “A wonderful initiative”). Still I can`t shake this feeling that I´m not sure if I´m satisfied. Was it worth it? Was it what I wanted? I`ve used so much of my free time, and met a couple of really nice people along the way, but in the end the things I arranged, didn`t quite got the effect I hoped for. I`m not even sure what I expected, but maybe that behind “What a great initiative” there would actually be more people checking what it was all about. Some people joined me and the others I had with me, but in the end, so many didn`t, and I`m wondering: Do people want to come together? Meet in new ways? Be social with new people?

I`m not even sure what I`m trying to say, other than I`ve finished a year were I got funds, arranged courses, dinners and meetings, and this weekend we had the last event; With a photo-course, stress-course and a cooking course, followed by a dinner and concert. The day was great, in the end, but during it I was running up and down, getting coffee, making sure everyone had what they needed and not before the clock was 20.30 could I sit down and breathe again. I`ve slept 5 hours the night till Sunday and also had a productive day, but at the end of the day I wasn`t quite sure what I`ve actually done with it.

I know this is a period where I have to rest, accept that I also need to slow down, and feel happy about doing it, and I will.

This entry was posted in Mixed cocktail and tagged life, me, myself, now, psychology.

Protected: The sound of the storm

A Dad trying to cope with the loss of his Partner and becoming a single parent.